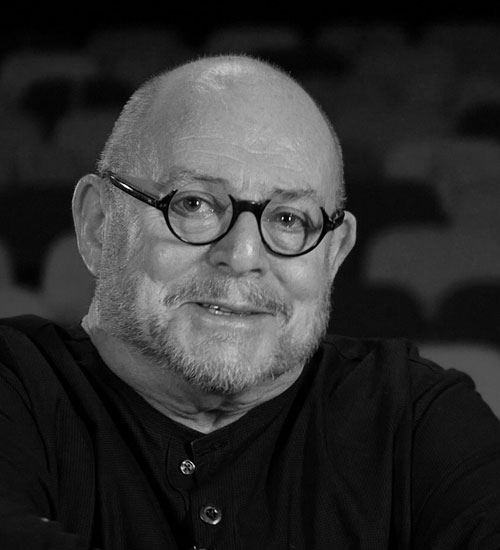 “…you have to be really sure that you want to (be an actor)…..and then go out and learn how to do it…”

Hearing him, you want his life. Having said that, it is not always that easy. He too has walked the path of struggle-with-self, of feast and famine, and never for one moment does he discount the value of television, grateful that it helped him through the fallow years, giving him a secure income and for making him a minor celebrity as Barker Haynes in Isidingo.

However, the good years in theatre were very good, experiencing first-hand the exemplary talents of the Brickhill-Burkes; of going on a theatrical romp with the likes of Janice Honeyman and her fantastical, sometimes bawdy, genius, Forbidden Fruits, An Arabian Night… He has directed innumerable plays for Pieter Toerien, magnificent productions like M. Butterfly and has stories to tell of directing Annaline Kriel. He has shared the stage with our most glamorous stars like Moira Lister and navigated his way around theatre egos like Robert Kirby and Taubie Kushlick. He has also researched and adapted his own plays – Sweeney Todd for the Market.

Taking an honest, wry look at his life, Robert is amused and would not change a thing. He has dared, he has ventured and ultimately, he has had fun with an enormous volume of work to be proud of.