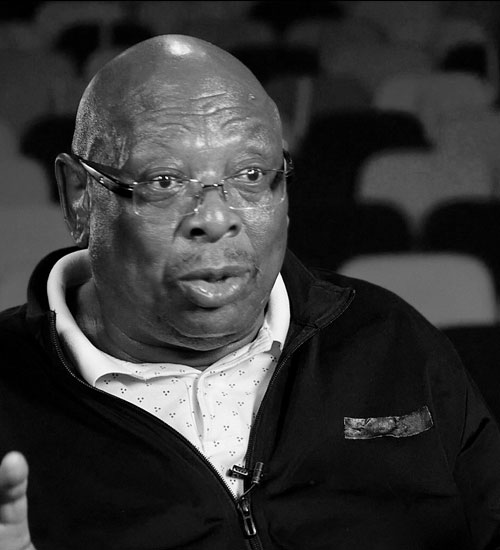 “…arts were the mirror of the nation….you needed to look at yourself to correct the wrongs you were going through…”

According to Owen Sejake: If you have learned the lines of a play, if you have really learnt a role, it becomes part of your blood and you carry that role within you forever. Some thirty years later that role, still part of you, can pop out at the least provocation. Perhaps not for every actor but certainly for Owen Sejake whose Brutus begged to be heard in this interview. Many roles and many soliloquys churn about in Owen head. It is perhaps why stage director Dr Jerry Mofokeng wa Makhetha believes Owen is among the best actors he has worked with.

Owen was undoubtedly born to be on stage but being young and black in the 1980s was no guarantee that you would find your way onto a stage in any conventional manner… neither through school plays… nor taking yourself off to drama school. Owen’s route was by happenstance, finding himself as an extra on a film shoot where the greatest black actor at that time, Ken Gampu, was playing a lead part. His fate was sealed, it was now up to him to inveigle his way in. And he did, encountering on his way all the hazards of Apartheid, what the omnipresence of the state’s security police meant to Black South Africans in general and to actors specifically where every play was suspected of being a political gathering and the cast interrogated for subversive propaganda. Undeterred, Owen continued and became one of the great actors in South African theatre history.