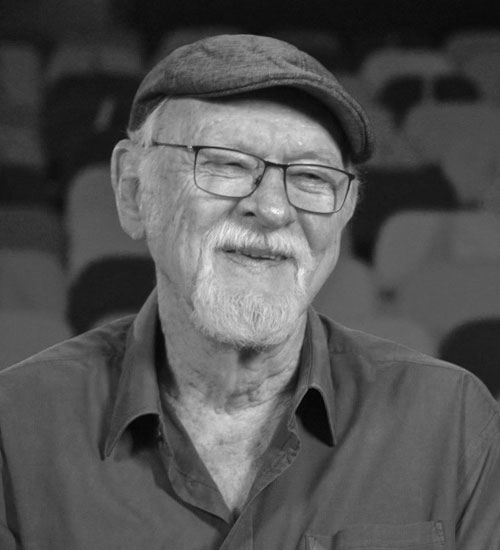 “…what a student learns in 3-4 years, took me 8 years to master. Basic training is very important…”

Afrikaans theatre is so young, to look at its development is like looking at a flower opening through the lens of a high-speed camera. From the early awakenings initiated by Paul de Groot (c.1924) Afrikaans theatre companies spread over night. The audiences were eager, quick to queue, quick to applaud heroes like Hendrik and Matilda Hanekom, Kita Redelinghuys, Anna Cloete, Cobus Rossouw, Wena Naude, Sann de Lange…

When Louis first went on stage as a young man, with his big deep, distinctive baritone voice, these were the names he found himself playing alongside. This would become his signature, standing shoulder to shoulder with top names. To record his life is to record the early evolution of Afrikaans literature and theatre.
Having a resonant voice, and a magnetic presence on stage, Louis found himself in great demand. Certainly, it became a job, but that job had him interpreting the characters created by many literary giants: Andre J. Brink, P.G. du Plessis, Mikro, Bartho Smit, and Chris Barnard. Siener in die Suburbs became an iconic Afrikaans play, as did Mattewis and Meraai. He also shares what it was like being directed by Anna Neethling-Pohl, Truida Louw, Athol Fugard and Francois Swart…legendary names.

This is an interview stripped bare of ego, honest about the pitfalls of an actor’s life, and never once disguising the sacrifices that need be made, nor the regrets that such sacrifices can instil.