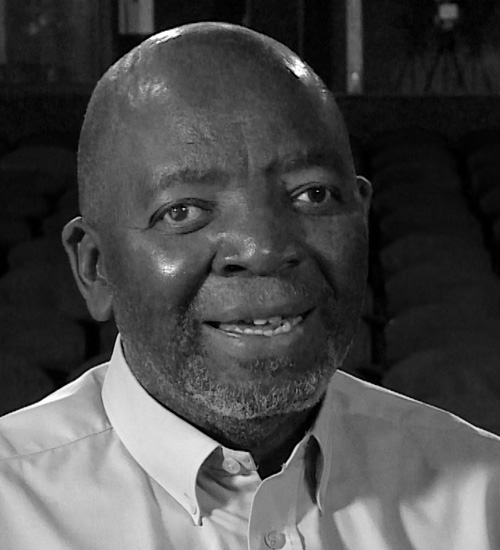 Dr Jerry Mofokeng wa Makhetha encountered the same problems with ‘Bantu Education’ as millions of black South African’s during Apartheid. He tells his story well and gives clarity to the 1976 student uprising. He was further disadvantaged in a freak accident rendering him blind in one eye; then to be shunted about by the government, being forced out of school into the workplace. Finally, he matriculated at the age of 27 and became one of only four black students at Wits University Drama Department.

His is a story of determination, of painful choices and big accomplishments. It is a path worth walking with him. He tells his story with humility, ever in awe of the actors he has directed and the words that have filled his joy.

He loves words; words that feel the human condition, that interpret character and allow for silences – qualities that give him insight into his craft. It is understandable that with his wife he is a marriage counsellor.

After four years at Columbia University he obtained a master’s degree in Theatre Directing. His fourth year focused on theatre management… he has been artistic director at the Market Theatre, The Civic, the State Theatre, and at PACOFS.

In 2019 he was honoured with a doctorate from the University of the Free State.

Jerry has lived an extraordinary live, moving in a milieu of creative thinkers, living through a generation of struggle, the pain felt. His interview weaves through many layers of South African theatre life.