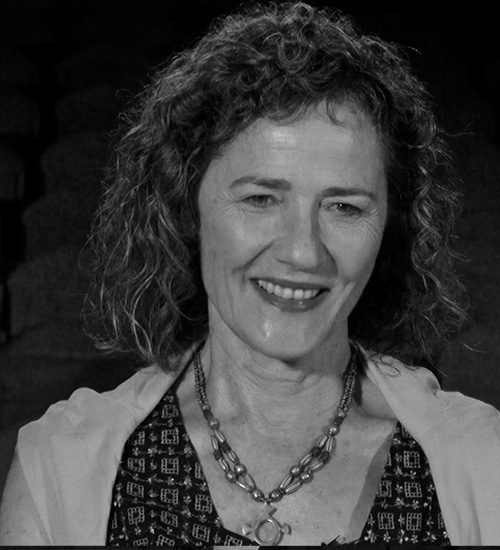 “…Theatre is a practical world; it teaches discipline; it’s about enjoying the journey…”

Jana’s reputation goes ahead of her: if Jana is playing, the play must be good. Oddly, she arrived in theatre obliquely, through film.

Despite attending London’s prestigious academy of drama, RADA, she did not however stay in England but was nostalgically drawn back to the red earth of her homeland and entered the film industry…  Plekkie in die Son, Eendag op ‘n Reëndag…and others.

Her prime interest, from an early age, was theatre and inevitably she found her way back there and will forever be remembered as the imperious Maria Callas in Master Class, the futurist thinker in The American Popess, the anguished Ingrid Jonker in Opdrag Ingrid Jonker, or in finding her real-life soul mate Bill Flynn to whom she was married for fifteen years until his death, playing Frankie to Bill’s Johnnie.

She has two daughters from her first husband Regardt van den Burgh and is today a teacher of the Alexander Technique.

Jana Cilliers has grace and elegance; one could say she is one of South Africa’s theatre royals.  As the daughter of leading SA artist, Bette Cilliers-Barnard, it is not surprising.