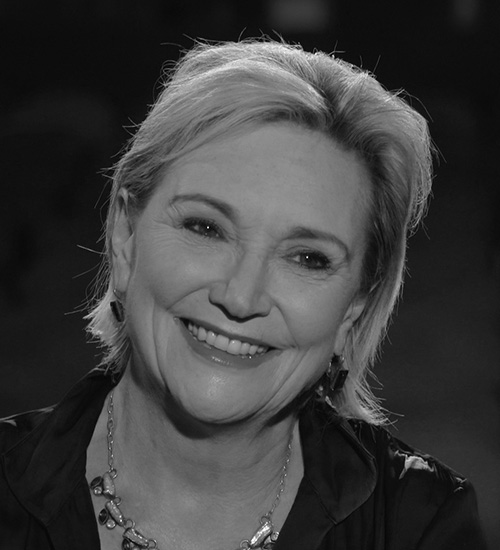 Fiona Ramsay played a critical role in South African theatre in the 70s/80s at a time when theatre exploded with electrifying activity. Great names were emerging from UCT’s drama department; The Space in Cape Town, the Market in Johannesburg were defying the politics of the day. Never had there been so much work for actors and Fiona was in the heart of it. She, with friends Richard E. Grant, Henry Goodman, Fred Abrahamse, Neil McCarthy, formed The Troupe Theatre Company. They were original, daring, creative, innovative, exciting. Goodman had links to Steven Berkoff and brought him to SA to play in Kafka’s Metamorphosis with Fiona. East followed and Decadence, which was to become her hallmark.

She spent five successful years performing on London’s West End and when she returned, Pieter Toerien had opened the Alhambra in Doornfontein with four new stages. She never stopped for breath. Then too, she fell under the spell of the Market’s legendary Barney Simon and toured with Born in the RSA.

In recent years as it has become harder to fill theatres, Fiona has again never stopped, finding film roles, one-woman shows and voice coaching. She thought to slow down by accepting a lectureship at Wits Drama… her life simply changed gear and sped up.