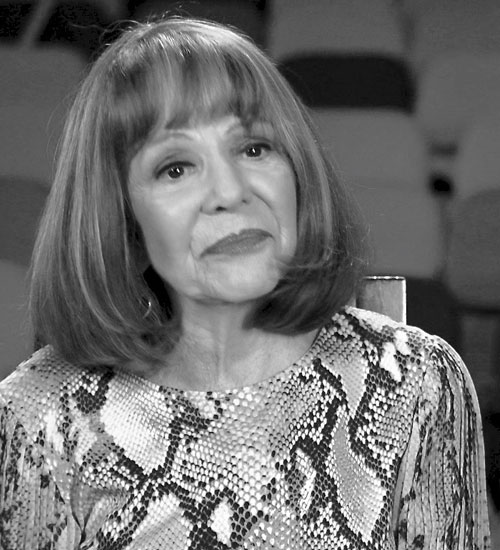 Where would South African theatre be without Annabel Linder. For 50 years she has been the go-to actress when a director is looking for a character actress, a comedy actress, a singing-dancing actress, a cabaret performer. She can be comfortably cast in radio plays, cast in musicals, she does Jewish mothers, she does drama. Oh! And as a quiz shows host – she is superb.

Can so diminutive a woman be packaged with so much talent? Yes! She has lashings of it. You’ve got to believe it; audiences are entirely mesmerised by her presence on stage, buckled over, side-splittingly entertained. And then, in another show, heart wrenched. Her performance in Rose is a two-hour one-woman play of a holocaust survivor that leaves audiences gasping at her stamina and weeping at her interpretation. Remembering of course that she is best known for cabaret and comedy.

Born in Durban, she had the attention of one of the country’s best mentors to guide and develop her talents, Joan Brickhill, perhaps one of South Africa’s finest directors of musical theatre. In time this type of training made her ideal to be caste in musicals like Bob Fosse’s Chicago.
When she came to Johannesburg, she became one of the principal stars of Springbok radio; for those who remember, The Creaking Door, Consider Your Verdict, SquadCars…

Annabel’s mantelpiece at home holds a sculpture gallery of Awards, perhaps the one that pleases her most is the Naledi Lifetime Achievement Award. Thoroughly well deserved, her audiences would say.